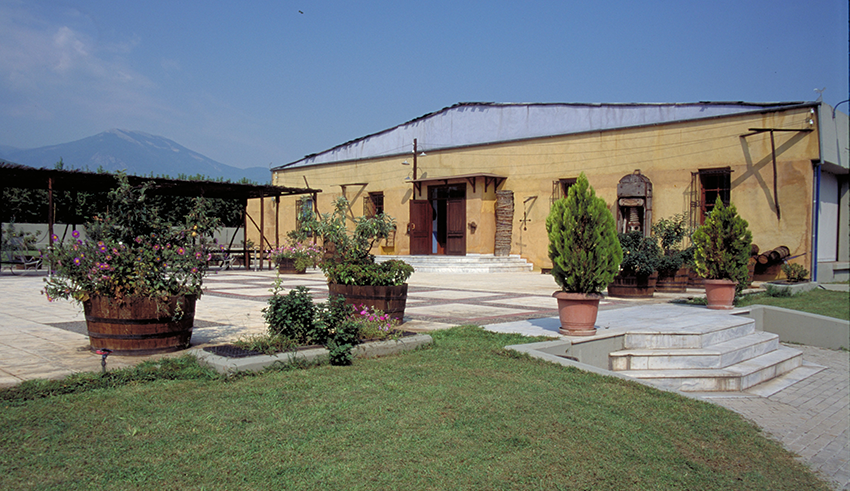 The History of Greek red wine begins…at the Boutari Winery in Naoussa!

A guided tour in the production area, the historical cellar of the Winery and a unique multimedia show, are the best introduction to the history and philosophy of the Boutari company. The history of the company began there, 130 years ago, promoting Greek wine in Greece and abroad, while it has played a leading role in the development of the Greek winemaking ever since.

This is where the wine-vaults are located, an innovative service for consumers store and maintain wines in perfect condition in a personal vault at the Boutari winery; we can also find old vintages (the oldest Greek red wines in the country) and one of the largest cellars of aged wines with over 3,000 barrels.

The Boutari Winery, a historic Greek Winery, is situated in Naoussa, one of the most beautiful regions of Macedonia, on the eastern foothills of Mount Vermio. This winery constitutes an important landmark in the evolution of wine, in one of its most important homelands, Macedonia.

The history of viticulture in the Naoussa zone in Northern Greece begins in the distant past. The Boutari company played a decisive role, not only in preserving the local Xinomavro variety, when viticulture had almost been abandoned, but also in establishing and promoting this variety and the VQPRD zone of Naoussa, through exceptional and legendary wines.

The Boutari company created a group of contracted producers of selected vineyards in the region and took over the management of the group. This action led to the classification of the vineyards at qualitative levels, which was considered a model for Greek standards.

Its vineyards are located on the sunny south-east slopes of Mount Vermio, protected by the cold northern winds. The abundant rainfall and the relatively cool climate play a beneficial role in the development and fruit-bearing of the vines. The soils are marl (clay loam), calcium-rich, ideal for producing wines with a rich body.

The Xinomavro red variety (VQPRD Naoussa) produces exceptional red wines apt to ageing and many different types of wine with their own particular characteristics.

During the ‘80s, the cultivation of the foreign varieties Merlot and Syrah also began; their results were impressive and led to the creation of single-variety wines and to wonderful blends with Xinomavro. This has proven the potential of the vineyard and its further development in the future.

Tour: A visit to the winery premises includes a guided tour of the production rooms and the maturation cellars, a presentation about the history of the company and wine, and wine tastings combined with traditional local dishes.

Facebook
Twitter
LinkedIn
Pinterest
PrevPreviousGoût de / Good France 2017
NextWine culture= Cinque wine & deli barNext
Shop OnLine
Bring the excellence of Cinque to wherever you are.
Pick Up Services
View offers
Virtual Wine Tasting
View offers
Wine Club
Be part of the finest Wine Club in Athens and bring Greece home to wherever you are.
Click Here
Scroll to top
× How can I help you?