Old Parliament House,
just 550m away from us

Visit the Old Parliament House between 1875 and 1935,
now it houses the country's National Historical Museum 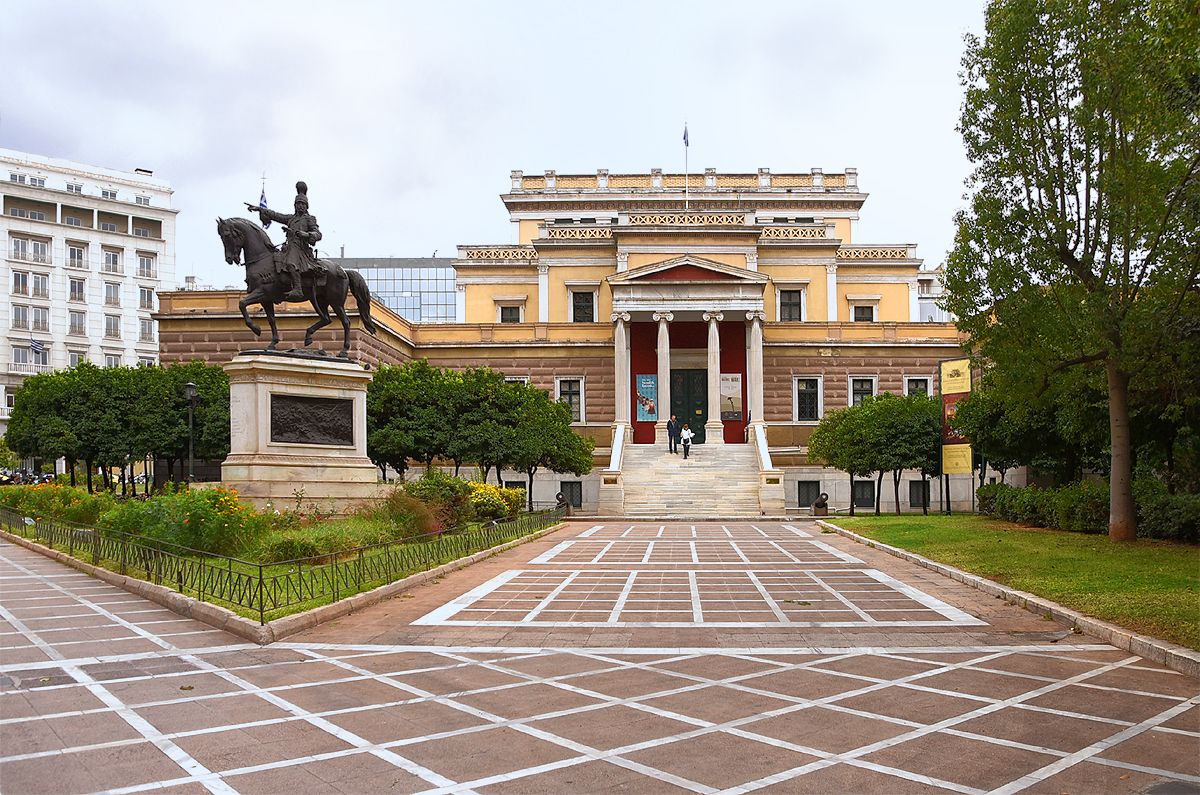 The Old Parliament was founded in 1858 by Queen Amalia, upon a design by French architect François Boulanger, in order to house the Parliament and Senate. After King Otto’s eviction, the Senate is abolished and the building’s designs were accordingly modified by architect Panagiotis Kalkos, with the abolition of the amphitheater of the Senate.The building was completed in 1875. On August 11 took place the official opening of the Assembly of the Parliament, with Prime Minister Charilaos Trikoupis.

For 60 years the building on Stadiou Street housed the country’s turbulent political life. In 1935, Parliament moved to the Former Palace on Syntagma Square, where it is still housed today.The building of the Old Parliament was given by decision of Prime Minister Eleftherios Venizelos to the Historical and Ethnological Society of Greece in order to establish the National Historical Museum, but the implementation of the decision was delayed due to the war.

The Society finally settled in the Old Parliament in 1960 and two years later opened to the public the new exhibition of the Museum.

Today, the Old Parliament is an architectural jewel in the center of Athens. The great central Hall of the Assembly is a place of historical memory and a suitable venue for important historical and cultural events. The surrounding rooms house the permanent exhibition of the National Historical Museum and the upper floor gallery is used for temporary exhibitions.

The Kolokotronis Square was associated with Greek parliamentary history for almost a century.

Parliamentary life of Greece as an independent state begins in 1843 with the prevalence of the Revolution of September 3rd, which terminates the period of absolute monarchy and establishes constitutional rule. The need for a suitable seat for the national delegation in Athens, capital city since 1834, is urgent.

The former Kontostavlos’ mansion was initially selected. Built in 1833 in a large garden between Stadiou, Kolokotronis, Anthimou Gazi and Christou Lada streets (in the area of today’s Kolokotronis square),The big octagonal banquet hall of the mansion was used for over a decade (1843-1854) as a meeting hall for Parliament and Senate. In 1854 this first House of Parliament was destroyed by fire.During the construction works for the new building of the Parliament, the assembly convened in a temporary construction, in an adjacent space on the west side of the current square (ie. near Anthimou Gazi street), which became known as the “Paranga” (“Shack”).

The National Historical Museum is permanently housed in the Old Parliament Building at Stadiou Street (Kolokotronis square) since 1960. The Museum narrates the history of Modern Greece: the period of Ottoman and Latin rule, the Greek War of Independence (1821), the liberation struggles, the creation of an independent state, the political, social and spiritual development of the Greeks up to the present day.

directions
Facebook
Twitter
LinkedIn
Pinterest
PrevPreviousAthens City Museum
NextGiveaway wine gifts For Easter’s celebrating mealsNext
Shop OnLine
Bring the excellence of Cinque to wherever you are.
Pick Up Services
View offers
Virtual Wine Tasting
View offers
Wine Club
Be part of the finest Wine Club in Athens and bring Greece home to wherever you are.
Click Here
Scroll to top
× How can I help you?