Athens Central Market
just 300m away from us

Do not miss the market in the city of Athens 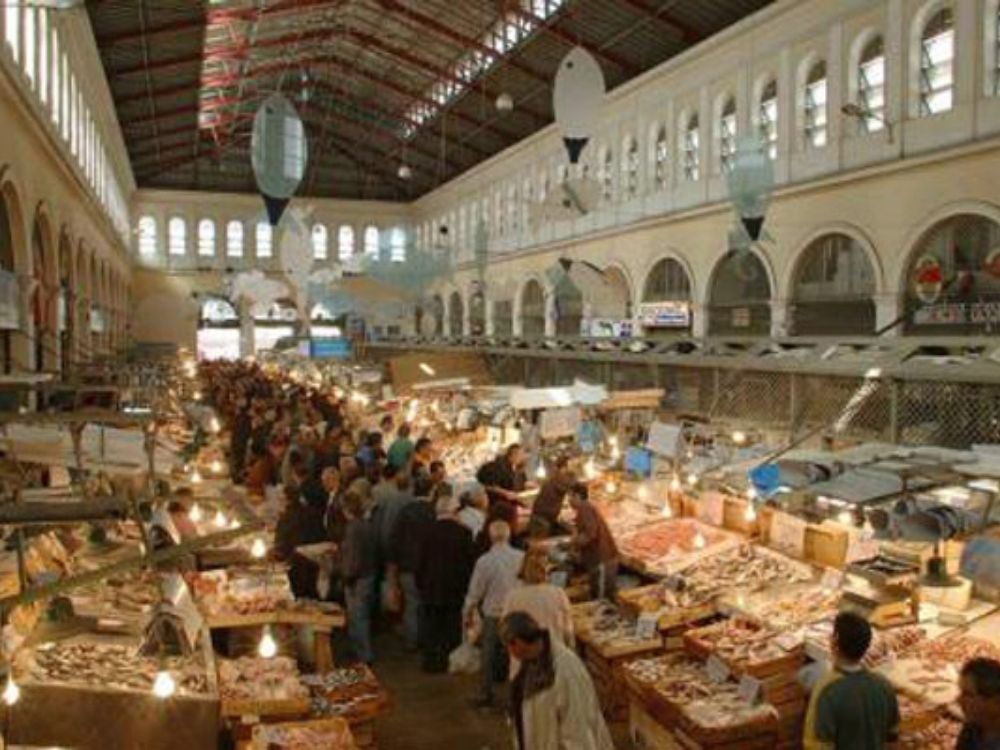 If the way to a man’s heart is through his stomach, then you’ll certainly love the Greek capital after a visit to the Athens Central Market. This is literally the Grand Central Station of food, where people from all walks of life converge to discover the freshest and most delicious ways to satiate their hunger. Make no mistake, everyone shops here, from celebrity chefs to neighborhood grocery store owners. Named after one of Greece’s national heroes, gentleman pirate Ioannis Varvakis (1974-1825), this is a tribute to the everyman, as the Athens Central Market, aka the Varvakios, knows no class divides. Replacing an older, much more haphazard structure that eventually collapsed in 1884, this is a monument to Greek produce, where every edible food source under the sun is bought and sold in front of your very eyes.

Fish reign supreme, with almost 100 fishmongers located in the heart of the building block taken up by the market complex, while meat is sold in a separate hall, where swinging carcasses provide a constant source of fascination. Once you’ve gotten through the carnage, you’ll be relieved to know fruit and vegetable beckon from across the street, while a sprinkling of herbs, cheese and dried goods counters can be found all over. Haggling is an art and shopping an exact science at the Athens Central Market, although a general rule of thumb, offered by the Varvakios Butchers Association President, can be applied to almost anything: Food is just like flowers. You’d never buy a dull, withering bouquet at the florist. You always pick the brightest blossom in sight. Same thing goes for food. Good produce speaks for itself. All you have to do is listen!

directions
Facebook
Twitter
LinkedIn
Pinterest
PrevPreviousGiveaway wine gifts For Easter’s celebrating meals
NextNational Archaeological MuseumNext
Shop OnLine
Bring the excellence of Cinque to wherever you are.
Pick Up Services
View offers
Virtual Wine Tasting
View offers
Wine Club
Be part of the finest Wine Club in Athens and bring Greece home to wherever you are.
Click Here
Scroll to top
× How can I help you?