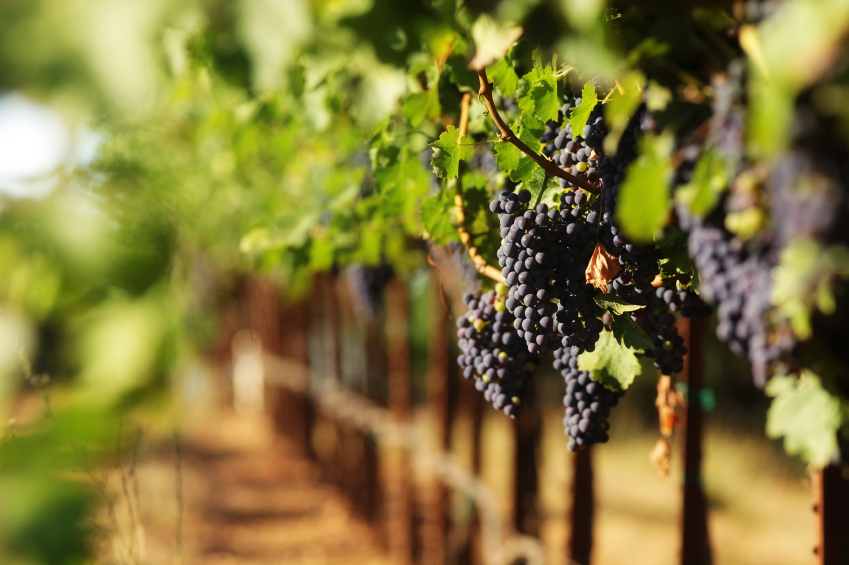 Cabernet Sauvignon (ka·buh·nay sow·vuh·nyon) is one of the world’s most widely recognized red grape variety. It is majorly grown and produced in nearly every country among a diverse spectrum of climates, from Canada’s Okanagan Valley to Lebanon’s Beqaa Valley. Cabernet Sauvignon has become internationally recognized through its prominence in Bordeaux wines, where it is often blended with Merlot and Cabernet Franc. The grape was spread across Europe, as well as to the New World from France, where it was found that new homes in places like California’s Santa Cruz Mountains, Napa Valley, New Zealand’s Hawkes Bay, Australia’s Margaret River, Coonawarra regions, Chile’s Maipo Valley, and lastly to Colchagua. For most of the 20th century, it was the world’s most widely planted premium red wine grape, until it was surpassed by Merlot in the ‘90s.
Despite its prominence in the industry, the grape is a relatively new variety, the product of a crossing, between Cabernet Franc and Sauvignon Blanc during the 17th century in southwestern France. Its popularity is often attributed to its ease of cultivation—the grapes have thick skins and the vines are hardy and naturally low yielding, budding late to avoid frost and resistant to viticultural hazards such as rot and insects—and to its consistent presentation of structure and flavours which express the typical character (“typicity”) of the variety. Familiarity and ease of pronunciation have helped to sell Cabernet Sauvignon wines to consumers, even when in unfamiliar wine regions. Its widespread popularity has also contributed to criticism of the grape as a “colonizer” that takes over wine regions at the expense of their own native grape varieties.
The classic profile of Cabernet Sauvignon tends to be full-bodied wines with high tannins and noticeable acidity that contributes to the wine’s aging potential. In cooler climates, Cabernet Sauvignon tends to produce wines with blackcurrant notes that can be accompanied by green bell pepper notes, mint and cedar, which they are all mixture, and become a single blend as the wine ages. In more moderate climates the blackcurrant notes are often seen with black cherry and black olives notes while in very hot climates the current flavours can veer towards the over-ripe and “jammy” side. In parts of Australia, particularly the Coonawarra wine region of South Australia, Cabernet Sauvignon wines tend to have a characteristic eucalyptus or menthol notes.

History and origins
For many years, the origin of Cabernet Sauvignon was not clearly understood and many myths and conjectures surrounded it. The word “Sauvignon” is believed to be derived from the French “sauvage” meaning wild, and to refer to the grape being a wild Vitis vinifera vine native in France. Until recently, the grape was rumoured to have ancient origins, perhaps even being the Biturica grape, used to make ancient Roman wine and referenced by Pliny the Elder. This belief was widely held in the 18th century, when the grape was also known as Petite Vidure or Bidure, apparently a corruption of Biturica. There was also belief that Vidure was a reference to the hard wood (French, vigne dure) of the vine, with a possible relationship to Carménère which was once known as Grand Vidure. Another theory was that the grapevine originated in the Rioja region of Spain.
While the period when the name Cabernet Sauvignon became more prevalent over Petite Vidure is not certain, records indicate that the grape was a popular Bordeaux planting in the 18th century Médoc region. The first estates known to have actively grown the variety (and the likely source of Cabernet vines for other estates) were Château Mouton and Château d’Armailhac in Pauillac.
The grape’s true origins were discovered in 1996 with the use of DNA typing at the UC Davis Department of Viticulture and Oenology, a team led by Dr. Carole Meredith. The DNA evidence determined that Cabernet Sauvignon was the offspring of Cabernet Franc and Sauvignon Blanc and was most likely a crossing between these two, that occurred in the 17th century. Prior to this discovery, this origin had been suspected from the similarity of the grapes’ names and the fact that Cabernet Sauvignon shares similar aromas with both grapes—such as the blackcurrant and pencil box aromas of Cabernet franc and the grassiness of Sauvignon Blanc.

Facebook
Twitter
LinkedIn
Pinterest
PrevPreviousΤο Cinque στο GREECE IS WINE/FIRST EDITION 2016
NextCinque welcomes Suddeutsche zeitungNext
Shop OnLine
Bring the excellence of Cinque to wherever you are.
Pick Up Services
View offers
Virtual Wine Tasting
View offers
Wine Club
Be part of the finest Wine Club in Athens and bring Greece home to wherever you are.
Click Here
Scroll to top
× How can I help you?