Omonoia Square
just 700m away from us

Do not miss the oldest squares in the city of Athens 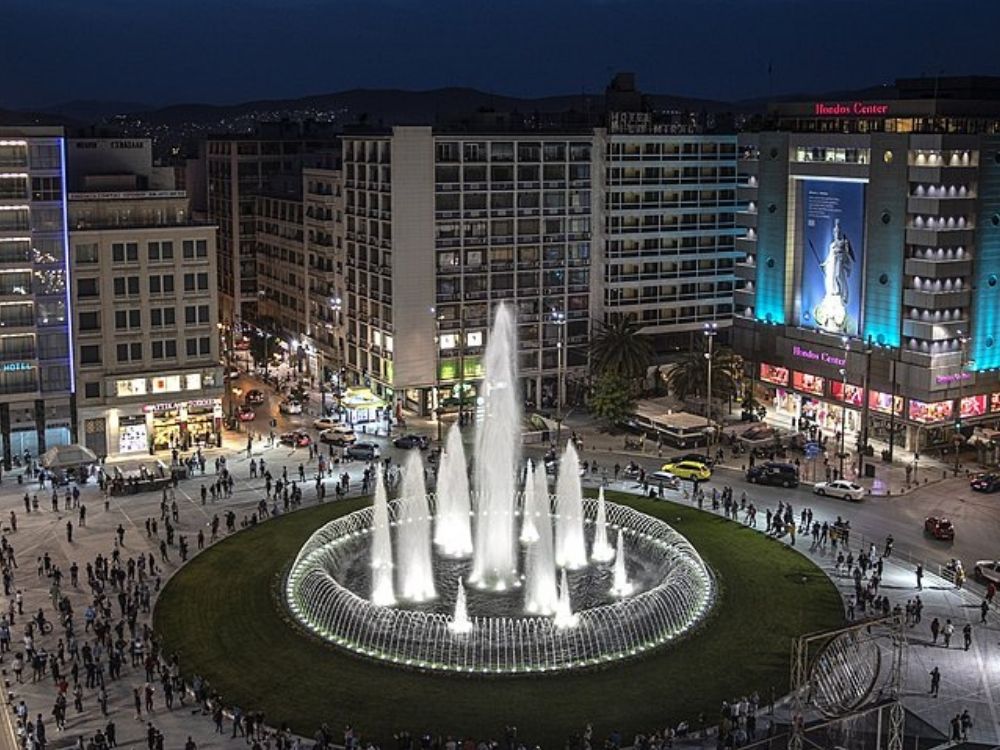 Omonoia is a central square in Athens. Forming the centre of Omonoia. It marks the northern corner of the downtown area defined by the city plans of the 19th century, and is one of the city’s principal traffic hubs. It is served by Omonoia metro station.
Omonoia Square is one of the oldest squares in the city of Athens and an important shopping centre. It is located at the center of the city at the intersection of six main streets: Panepistimiou, Stadiou, Athinas, Peiraios, Agiou Konstantinou Street and 3rd Septemvriou Street.

The Square was constructed in 1846 and its original name was “Plateia Anaktoron” (Palace Square) because, according to the initial urban plan of Athens in 1834(1833;) proposed by the architects Stamatios Kleanthis and Eduard Schaubert, the area was intended to be used for the construction of the palace (anaktora). Later, the square was renamed “Othonos Square” in honor of King Otto. After Otto was deposed, in 1862 it took its final name, “Omonoia Square”, because it was here that the leaders of the opposing political factions gave the oath of peace (omonia) to stop hostilities

At the end of the 19th century the Square underwent several formative changes. Trees were placed throughout the Square, a polygonal platform was placed at the center of the square and lighting systems were installed. Omonoia Square was a center where people met and social life thrived as it was the railway’s starting point, and was also surrounded by numerous hotels.

From 1925 to 1930 the underground railway between Piraeus and Athens was built requiring further redesign of the Square. Omonoia Square became circular and marble bars are put at the entrances of the underground railway station. The Square started to resemble European prototypes and acquired an important commercial role. Due to the existence of the underground railway it was necessary to create also an underground ventilation system and in 1931 Mayor of Athens Spiros Merkouris suggested placing eight sculptures representing the mythological Muses to cover the openings of the ventilation vents. Although the problem was solved, the result did not satisfy Athenians’ aesthetic expectations and the statues were removed.

directions
Facebook
Twitter
LinkedIn
Pinterest
PrevPreviousCinque Wine Club, great wines from Greece delivered at home
NextVirtual γευσιγνωσία κρασιού: Η νέα πραγματικότητα που γίνεται hot trend!Next
Shop OnLine
Bring the excellence of Cinque to wherever you are.
Pick Up Services
View offers
Virtual Wine Tasting
View offers
Wine Club
Be part of the finest Wine Club in Athens and bring Greece home to wherever you are.
Click Here
Scroll to top
× How can I help you?