National Technical University
of Athens
just 1400m away from us

Do not miss the oldest higher
education institutions of Greece 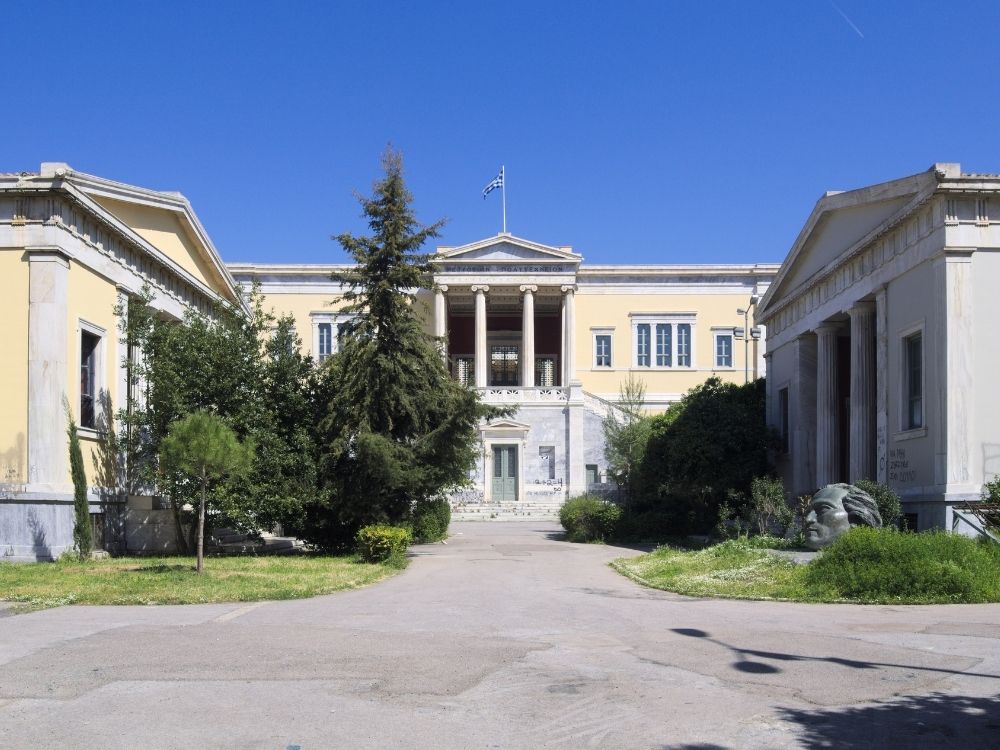 The National (Metsovian) Technical University of Athens, sometimes known as Athens Polytechnic, is among the oldest higher education institutions of Greece and the most prestigious among engineering schools. It is named Metsovio(n) in honor of its benefactors Nikolaos Stournaris, Eleni Tositsa, Michail Tositsas and Georgios Averoff, whose origin is from the town of Metsovo in Epirus.
It was founded in 1837 as a part-time vocational school named Royal School of Arts which, as its role in the technical development of the fledgling state grew, developed into Greece’s sole institution providing engineering degrees up until the 1950s, when polytechnics were established outiside Athens. Its traditional campus, located in the center of Athens on Patision Avenue on a site donated by Eleni Tositsa, features a suite of magnificent neo-classical buildings by architect Lysandros Kaftantzoglou (1811–1885). A new campus, the Zografou Campus, was built in the 1980s.

NTUA was established by royal decree on December 31, 1836 (OS), January 21, 1837 (NS), under the name “Royal School of Arts” . It began functioning as a part-time vocational school (only Sundays and holidays) to train craftsmen, builders and master craftsmen to cover the needs of the new Greek state. In 1840, due to its increasing popularity and the changing socio-economic conditions in the new state, NTUA was upgraded to a daily technical school which worked along with the Sunday school. The courses were expanded and the institution was housed in its own building in Pireos Street.

directions
Facebook
Twitter
LinkedIn
Pinterest
PrevPreviousBest Wine Bar Athens
NextCinque Wine Club, great wines from Greece delivered at homeNext
Shop OnLine
Bring the excellence of Cinque to wherever you are.
Pick Up Services
View offers
Virtual Wine Tasting
View offers
Wine Club
Be part of the finest Wine Club in Athens and bring Greece home to wherever you are.
Click Here
Scroll to top
× How can I help you?